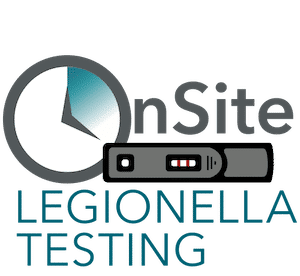 Legionella in the News

August 16, 2022 – San Jose, CA: Couple battles Legionnaires’ disease after SJ hotel stay; bacteria found in pool and hot tub. “People kept saying, ‘I know he’s testing negative for COVID. It’s gotta be COVID. These are COVID lungs… And in fact, it’s not. It’s bacteria from the Legionellosis. And it’s bacteria that just grows in your lungs.”

July 29, 2022 – Napa, CA: Health officials in Napa County are investigating an outbreak of Legionnaires’ disease after nine confirmed cases were reported between July 11 and today in the cities of Napa and Calistoga.

July 28, 2022 – Illinois: Water at 12 state prisons has tested positive for the bacteria this year. Contaminated water has been a longstanding problem in Illinois prisons, many of which have aging infrastructure.

July 20, 2022 – Bronx, NY: Two residents landed in the hospital for weeks after getting Legionnaires’ disease during a deadly outbreak in May – and they blame the owner of a building for not properly maintaining the water-cooling system that infected them, new court papers show.

May 28, 2022 – Bronx, NY: An outbreak of Legionnaires’ disease reported in Bronx, NY. The first person was diagnosed on May 3rd and since then, 18 more people have been diagnosed with the disease. One has since died and a further 8 are hospitalized.

April 4, 2022 – Wolverhampton, UK: Patients at Penn Hospital in the Black Country have been temporarily moved after “increased levels” of the Legionella bacteria were discovered in the water system.

March 30, 2022 – New Brunswick, Canada: Three years after more than a dozen people fell ill from bacteria buildup in cooling towers in industrial buildings in Moncton, New Brunswick has introduced a bill mandating the licensing and maintenance of them.

March 25, 2022 – Palm Springs, CA: The Riverside County Department of Environmental Health has temporarily closed down a number of pools and spas near downtown Palm Springs to test for Legionella bacteria. Between the fall 2021 and early 2022, health officials confirmed 20 cases, and of those 14 people were hospitalized. Two deaths were reported: one from a Riverside County resident and another from a visitor. The source of the illness and extent of spread has not been determined, according to a press release.

March 24, 2022 – Honolulu, HI: Two individuals were diagnosed following a stay at The Grand Islander by Hilton Grand Vacations in Waikiki. The first case was reported back in June 2021. The second was reported earlier this month and is being investigated.

February 25, 2022 – CDC study released: Legionnaires’ disease cases in US on an upswing that started in 2003 with widening racial disparities between African American persons and White persons and increasing geographic focus in the Middle Atlantic, the East North Central, and New England regions.

February 16, 2022 – Dublin, Ireland: The shower room in the Department of Health has been infected with Legionnaires’ Disease. Specialist contractors have now been called in to clean up the room, a spokeswoman for the Office of Public Works has confirmed.

December 3, 2021 – Indiana: A man incarcerated at Pendleton Correctional Facility in Madison County has died.  He was confirmed to have Legionnaires’ disease and had been hospitalized, according to information shared by the Indiana Department of Correction.

October 30, 2021 – Washington State Ferries (WSDOT) has found elevated levels of Legionella bacteria in water systems on 6 of their vessels. Agency officials said that WSF has begun testing for Legionella because parts of vessel water systems have sat dormant during the COVID-19 pandemic.

October 28, 2021 – Beaverton, OR: 6 cases of Legionnaire’s disease reported in the Murrayhill area. They live within two miles of Murray Boulevard and Scholls Ferry Road and range in age from late 40s to early 80s. Four of the six people have been hospitalized.

August 27, 2021 – Hampton, NH: A Hampton hotel is facing new lawsuits over a Legionnaires’ disease outbreak 3 years ago that killed two people and sickened dozens of others. According to state health officials, the hot tub at the Sands Resort was the source of the illness that sickened visitors between June and August 2018.

August 18, 2021 – Harlem, NY: Outbreak of Legionnaires’ disease in Harlem, NY where
9 people have been diagnosed  New Yorkers with flu-like symptoms, cough, fever or difficulty breathing should call a doctor immediately. Due to the ongoing spread of COVID-19, the city says individuals seeking care should be tested for COVID and evaluated for Legionnaires’.

July 29, 2021 – Chicago, IL: CDPH reported an increase in cases of Legionnaires’ disease in the city this month. 49 cases of Legionnaires’ disease were reported, which is about a 3-fold increase compared to the same period in 2020 and 2019. 15 (31%) were admitted to the ICU and two individuals died. CDPH issued an alert to local healthcare providers on July 9 reporting this increase in cases.

July 26, 2021 – Providence, RI: State health officials are expressing concern over an uptick in reported cases of Legionnaires’ disease this summer. The RIDOH reports that, between 2014 and 2020 has been an average of 10 cases during the months of June and July each year. But this year, there have been 30 cases of Legionnaires’, 29 of which were reported last week alone.

July 23, 2021 – The Chicago Department of Public Health is investigating after 49 cases of Legionnaires’ disease were reported in Chicago since July 1, resulting in 15 people hospitalized and two dead. “This is a reminder to keep your water systems flushed and clean…” said CDPH Commissioner Dr. Allison Arwady.

July 19, 2021 – In Heilbronn District, in northern Baden-Württemberg, Germany, it is reported that five men and women have contracted Legionnaires’ disease and two have died.

July 16, 2021 – Rochester, Minn: One woman is fighting for her life after contracting legionnaire’s disease at an Albert Lea Ramada. Another person is saying he too has recently recovered from the disease after contracting it from a Rochester Ramada after just looking at the pool area.

April 6, 2021 – ElPaso, TX: EPWater warns  “The last thing you would want to do is open up a school or an office building without properly flushing the drains and pipes, then have to send everyone back home again because it’s unsafe… preparation is key.”

April 4, 2021 –  Newark, NJ: Legionella was detected in a medical building at Northern State Prison in Newark, according to the document, and staff have since moved inmates out of the affected area. The bacteria causes Legionnaire’s disease, a form of pneumonia especially dangerous for people with compromised immune systems, according to the Mayo Clinic.

January 7, 2021 – Portland: Legionnaires’ disease cases grow in Portland seniors apartment building outbreak. There has been 1 death and 4 hospitalizations  and nearly 100 residents of the building have been temporarily moved into motels until the building’s water system and plumbing can be properly cleaned and determined to be safe.

October 27, 2020 – Israel: Legionnaires disease was detected in the coronavirus wards of the Sharon campus of the Rabin Medical Center in central Israel on Monday during a routine inspection. The hospital administration said none of the patients had developed symptoms of the disease and were all moved to an underground emergency ward for treatment.

October 20, 2020 – St Louis Public Radio: Legionnaires’ disease killed 12 people and sickened dozens more at the Illinois Veterans Home in Quincy in 2015. Research has found that Quincy made major changes to its water treatment processes in the months leading up to the Legionnaires’ disease outbreak and that “… for every 1 milligram per liter drop in chlorine concentration, the chances of seeing a case of Legionnaires’ disease increased by 80%.”

October 14, 2020 – The Guardian: Legionella in water is sickening and sometimes killing Americans, with the current reopening of buildings prompting fresh concerns. A resident at Arlington Court skilled nursing and rehab center in suburban Columbus, Ohio, died in late February. Arlington Court was just one of at least five Columbus-area facilities to report an outbreak of legionnaires’ disease since May 2019.

September 10, 2020 – NBC Philadelphia: Legionnaires’ Disease Bacteria Found in Some Ohio Schools. Schools in the Dayton, Ohio, area are recommended to flush out water system after legionella bacteria was found in stagnant water.

June 19, 2020 – Reuters: Insurers worry about Legionnaires’ risks as buildings reopen. The pandemic shutdown of businesses and schools has led to an unprecedented amount of stagnant water in dormant buildings.

June 2, 2020 – WGRZ.com  Do you need to worry about water in the pipes in reopening buildings? Stagnant water is not a new thing, but scientists and health authorities have released guidelines for dealing with it and its related health risks during the COVID-19 pandemic.

May 29, 2020 – CBS News There may be health risks other than coronavirus as office buildings reopen their doors to employees and visitors. If the buildings did not have water flowing through their pipes during the lengthy shutdowns, that stagnation could potentially put people at risk of Legionnaires’ disease.

May 18, 2020 – Florida: As Florida reopens, health officials are warning businesses to make sure their water systems are thoroughly flushed out because a bacteria that causes a severe form of pneumonia could be present in the pipes.

February 19, 2020 – Westmoreland: For more than three weeks, 400 residents and hundreds of workers at the county-owned facility were prohibited from using tap water to drink, for hygiene or for cleaning after Legionella bacteria were found in the water.

January 22, 2020 – Tyler, Texas: The disease is highly preventable. “If someone is keeping a close eye on the water supply, the disease can be prevented. It’s all about stopping the bacteria from proliferating.”

Jan. 4, 2020 – HIQA report recorded low staff take-up of ’flu jab. The hospital has experienced an ongoing outbreak of the superbug CPE (Carbapenemase Producing Enterobacterales) since June 2017 and continued to screen in excess of the national HSE CPE screening guidelines. It had also had outbreak of Legionnaire’s Disease in 2018.

Dec. 11, 2019 – Washington Heights, NY. Defending in the lawsuits is Sugar Hill’s parent company, Broadway Housing Communities, Inc., and cooling tower company Clarity Water Technologies LLC. The charge is negligence. In all, 32 have come down with Legionnaires, with one death.

Nov. 27, 2019 – Flint was a ‘wake-up call.’ Did we learn from it? In the meantime, new drinking water crises have popped up across the country — including in Newark, N.J., and New Orleans, leading advocates to wonder whether there really were any lessons learned from Flint?

Nov. 5, 2019 – CDC Reports Cases of Legionnaires’ disease reached a record high in 2018 — a more than eight-fold increase since the numbers began to climb nearly two decades ago.

Nov. 1, 2019 – Third Legionnaires’ Disease Case At Mt. Carmel East. Water restrictions and testing at the hospital are underway. The source of the legionella bacteria has yet to be identified. 16 people at Mount Carmel Grove City were diagnosed earlier this year, including one person who died.

Nov. 1, 2019 – The Northeast Texas Public Health District, is investigating an outbreak of Legionella bacteria, and said those who attended the 2019 East Texas State Fair in Tyler should be cautious of symptoms.

Oct. 27, 2019 – Health unit gives green light to restart Rotary Place cooling tower. The tower was shut down on Friday after the health unit says tests indicated higher than normal levels of legionella bacteria in the tower. Nine people in the Orillia area have been diagnosed with Legionnaires’ disease.

OnSite Legionella Testing assures your facility has a good fact pattern documenting consistent use of best practices resulting in control of legionella.